Are you considering spending a few days of your holiday in Almodovar to see Cordoba without being confined to the city? Fancy a visit to the National Park? Want to do some water sports or nautical activities? Enjoy the regional gastronomy? Explore the nearby archaeological remains? Simply looking to relax, but also fit in a visit Castillo de Almodovar? Then, why not spend the night in one of the area’s charming local hotels, campsites or lodges?
Over on our blog, we review some of the best places to stay within the vicinity of the castle allowing you to unwind after a busy day exploring… This is by no means an exhaustive guide but we hope it gives those planning a visit to the area a flavour of the types of accommodation it has to offer.

A campsite situated right in the heart of Sierra Morena with stunning views of the Pantano de la Pantano de la Breña reservoir. There are camping facilities and chalets as well as a pool, restaurant and complementary activities.
Phone: (+34) 957 33 83 33 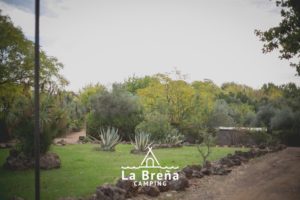 A bed and breakfast which offers comfortable accommodation at very decent rates. Located on a peaceful street in the town centre.
Phone: (+34) 637 53 51 77 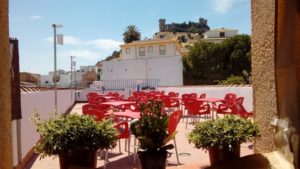 A hotel with its own restaurant over 25 years old, situated within a prime location of Almodovar del Rio boasting spectacular views.
Phone: (+34) 957 63 54 21
http://sanluisalmodovar.com/ 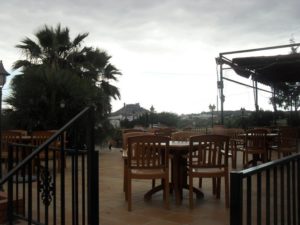 A traditional country house, located on street leading up to a hilltop in the centre of Almodovar, which marries the charm and architectural style of days gone by with all the creature comforts one would expect to find in an up-market contemporary establishment.
Phone: (+34) 957 63 50 08
http://www.almudawar.com/ 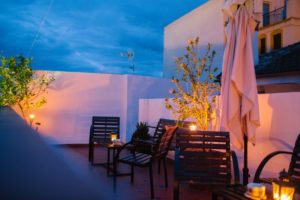 A typical Cordoban stately home, whose 18th century architecture has been immaculately restored. The property lies in the centre of the town and enjoys stunning views of the Plaza de la Constitucion.
Phone: (+34) 634 55 20 20
https://www.fuentepiedracasarural.es/

For a truly authentic and luxurious weekend, we would highly recommend the Hotel Hospes Palacio del Bailio, a hotel which has won numerous accolades for both design and innovation, and which boasts the following features: 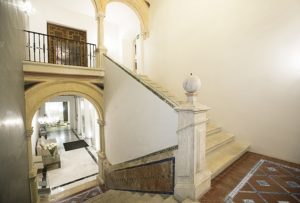 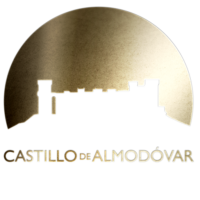