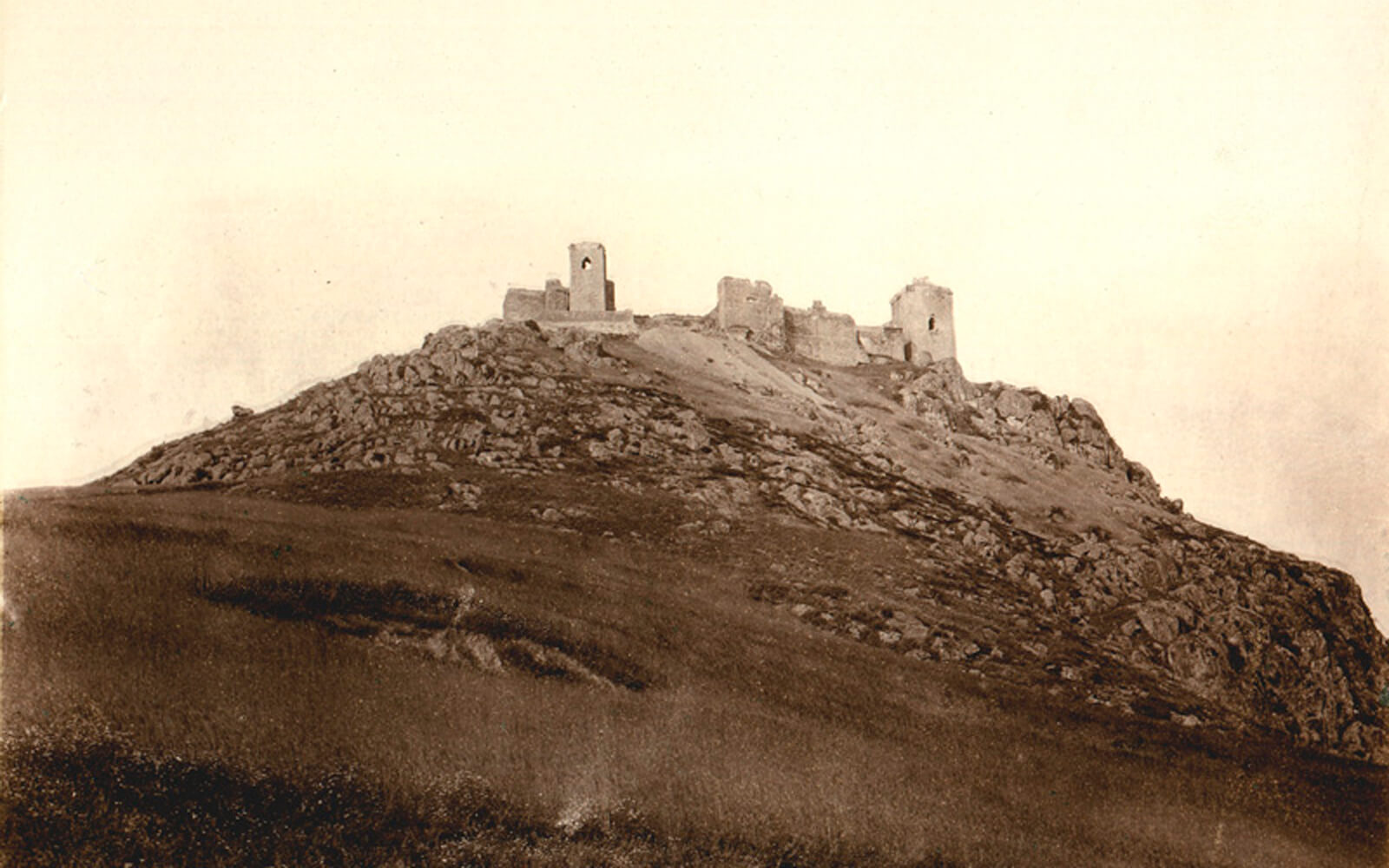 The town of Almodovar del Rio, situated in the province of Cordoba, played an extremely important role in the city’s defence owing to its strategic location on a hill around 252 metres high next to the Guadalquivir river, which at that time was navigable for small vessels. The traces of multiple cultures, amongst which are Islam and Christianity, can be evidenced in the architectural style of this unique building. In the year 756, this fortress became the estate of the Moorish Prince Al’delMalik Ben Qatan and from 758 onwards it passed into the hands of the Emirate of Cordoba in the reign of Abderraman I.

In the 19th century, Almodovar del Rio was known as Almudawar Al-Adna, while the castle was called the Castillo de Almudawar. During the 10th century it was tied entirely to the Caliphate of Cordoba, going on to belong in the 10th and 12th centuries to the Taifa of Carmona, subsequently to the Taifa of Sevilla and finally to the Almohad Empire.

The Moorish King Abed Mohammed de Baeza would later die at the gates of the Castle during the 13th century in 1226, the year in which the fort fell into Christian hands having been handed over to Fernando III ‘The Saint’. Henceforth, the castle would go on to be subjected to successive extensions initiated by the Castilian Kings D. Pedro I of Castile and Enrique II of Trastamara. Meanwhile, Alfonso XI ‘The Just’ and Pedro I ‘The Cruel’ would also end up getting involved in these extensions.
Castillo de Almodovar (Almodovar Castle) has played host to myriad events over the course of its history. Figures such as Doña Juana de Lara (wife of Prince Don Tello, stepbrother of King Pedro I) have been imprisoned within its walls, it has housed the treasures of Castile and its dungeons have been impenetrable witnesses to the agony of illustrious prisoners such as the 1st Duke of Benavente. Amongst other to have figured in its history are governors Don Alfonso Diaz de Vargas, Diego Fernandez de Cordova and Gonzalo Fernandez de Cordova.

Al-Mudawar Al-Adna went on to be called Almodovar del Rio, in reference to the municipality in the province of Cordoba which is home to one of the most magnificent and best kept castles in Spain.

The 12th Count of Torralva: Don Rafael Desmaissières and Farina, owner and restorer of Almodovar Castle

Don Rafael Desmaissières and Farina was born in 1853 to parents Don Miguel Angel Desmaissières Fernandez de Santillan and Doña Josefa Farina Plasencia, going on to inherit the title of the 9th Marquis of La Motilla and the XII Count of Torralva at the age of 29.

His inquiring, curious mind led him on what at the time were very much far-flung journeys to destinations such as New York City or countries such as Japan, on which he made countless notes in his travel journals, as well as also taking photographs of all their hidden nooks and crannies. Part of this legacy can be seen in his studio, a recreated version of which can be found in the castle. He also acquired artefacts which were altogether novel for the time, such as a bicycle and other such inventions which were constantly arousing his curiosity. Out of a series of endeavours, he organized the first rowing club on the River Guadalquivir, which in addition to the theatre and the aforementioned voyages figured amongst his primary interests.

At the end of the 19th century, the new Count of Torralva conducted the first visits to the Almodovar fortress together with his good friend and esteemed architect, Don Alfonso Fernandez Casanova, to inspect its condition. Struck by the deteriorated, immense state of ruin in which they encountered this marvellous fortress and conscious of its significance within the history of Andalusia and Spain, the decided to take on what would prove to be the biggest project of their lives to which they would devote all their time and money in order to return this striking monument to its former glory and one which today crowns the main vantage point of the municipality of Almodovar del Rio.

The restoration works commenced in 1901. At the start, work focussed on the construction of a road using an auger and dynamite, since no prior access to the castle existed whatsoever. This constitutes the first step in being able to transport the enormous stone blocks which would be used to restore the walls, battlements and towers. Close to 6,000m3 of stone from different quarries was used throughout the entire restoration. And just like that, the work – which would last until the outbreak of the Civil War – began. Some 800 workmen spent 36 years working to revive the monument. Despite the economic crisis which the country was experiencing, the First World War and the continuous political changes, during the reconstruction period the Count of Torralva brought many years of economic stability to the town of Almodovar owing to the 240,000 in labour wages he invested in the works. Over more than a quarter of a century almost all the town of Almodovar practically all of the town’s inhabitants participated in the task to restore and recover the province’s heritage and history.

Unfortunately, neither the architect of the project, Don Adolfo Fernandez Casanova, nor the Count of Torralva himself would live to see their project completed, with both passing away in 1915 and 1932 respectively. Few – perhaps not even the Count himself – could have foreseen the significance his work would come to have, or that its result would become a destination for countless visitors from in and around Spain and the rest of the world, giving the town of

Almodovar a renewed sense of pride which has endured up until the present day.

D. Adolfo Fernández Casanova: Architect of the reconstruction of the Castillo de Almodovar

Don Alfonso Fernandez Casanova was born in Pamplona on the 14th of January 1844. He died on the 11th of August 1915 at the age of seventy-one.

One of his most important restauration works was the Cathedral of Seville.

Working as a private architect, his most important work was the restauration of the Almodovar del Rio castle in Cordoba, owned by Don Rafael Desmaissières y Farina, the 7th Count of Torralva and work on which commenced in 1898. However, Casanova did not live to see the project completed, since it continued well past his death in 1915 until the start of the Civil War.

Come visit the Almodóvar Castle and learn more about its history